AS I interviewed John Fox the second time, he just recently assumed a post of Velocity Series Vice President of Marketing. Mr. Fox shared the reasons for choosing Siemens PLM Software, the technology of Solid Edge ST3, the strategy of Velocity Series Market, and so on. 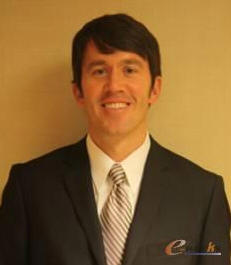 Wang yang: It’s a great pleasure for us to interview Mr. Fox again. Last time we talked, we discussed the PTC Insight product and environmental protection. Can you share with us the reasons for choosing Siemens PLM Software? How do you feel as Marketing Vice President for the Velocity Series?
John Fox：Thank you. I’m thrilled to join Siemens PLM and be a part of the Velocity team. It’s an exciting time for the business. Siemens PLM recognizes the importance of the Velocity Series and its mission of providing out-of-the-box PLM tools for the mainstream market. Siemens is investing in the Velocity business and setting ambitious goals for growth. A renewed focus on sales and marketing will be a big part of that. I’m looking forward to the challenge.

Wang yang: Please introduce the global marketing strategy of Velocity Series. What is your expectation for how the Velocity Series will perform in the Chinese market?
John Fox：Globally, we need to raise the awareness of our great products – Solid Edge, Femap, Teamcenter Express, and CAM Express. This begins with the way we present them and talk about them in the marketplace. In the recent past, the Velocity umbrella brand has sometimes obscured the product brands. So you will be seeing more focus on the individual products – for example, marketing campaigns that actually mention the brand Solid Edge and explain why it’s the best 3D CAD software for mainstream users. At an execution level, we’re devoting more marketing resources in key growth markets, including China. All this is going to result greater visibility and more programs specifically geared to local regions. A great example is our recently launched Solid Edge 3D CAD “Innovation Incubator” initiative – a program which provides free Solid Edge software to qualified start-up manufacturers in China. More information can be found here: http://www.plm.automation.siemens.com/zh_cn/products/velocity/solidedge/freesolidedge/china.shtml?stc=cniia420147. I think this strategy is going to help accelerate our growth in China, which is already good.

Wang yang: As is known, Siemens PLM Software has two 3D CAD product lines, both with excellent 3D industry design software. Compared with NX, Solid Edge has more competitors in the mid-end market. What do you think are the market prospects for Solid Edge?
John Fox：I think the market prospects for Solid Edge are very strong. Solid Edge ST3 was released in October and has already created a buzz in the industry – even among users of competitive CAD systems. Matt Lombard, the author of the SolidWorks Bible said, “Solid Edge is far more sophisticated than Inventor, and is arguably more usable and powerful for what real users need to do than SolidWorks.” Solid Edge ST3 is very unique. It offers a better, faster design experience. That’s why more designers are switching and more companies are adopting it. It’s going to shake up the mainstream CAD marketplace.
Solid Edge with synchronous technology marks a significant advance in mechanical CAD. When you look back over the history of CAD, you can point to key periods of technology innovation that lead to breakthroughs in productivity. 3D CAD appeared in the late 1970’s. Feature-based CAD was introduced in the late eighties. Affordable, mid-range CAD was introduced in the 90’s. Synchronous Technology – which first appeared in Solid Edge in 2008 – represents the next big leap. It enables a new way of designing that dramatically speeds up the process of creating and editing designs and makes it easy to quickly edit and reuse imported 3D designs. Tasks that used to take days can now be accomplished in hours, or less. This is a huge leap in productivity.

Wang yang: Siemens PLM Software recently started strategic cooperation with a local manufacturer, partnering in localization, industrialization, value-added development and distribution of the Velocity Series. Do you think this model will be utilized in other parts of the world? Why or why not?
John Fox：Key partnerships developed in China over the last year, such as those with ExTech and United Harmony, help us ensure a great service experience for Solid Edge users, and one that’s tailored to the China market. Early results have been encouraging -- United Harmony and Extech have set the bar very high. So it’s a promising model that we may apply in other countries.

Wang yang: With the release of Solid Edge ST3, it seems synchronous model technology is spreading. What are some of the pioneering functions and technologies that Solid Edge ST3 has?
John Fox：The phrase I keep hearing from users is that ST3 offers “the best of both worlds.” At the risk of oversimplifying, ST3 offers the best of history-based and direct modeling approaches in one package. The traditional history tree is great in some situations, but it’s often more trouble than it’s worth – forcing designers to essentially become software programmers. Models become overly complex and fragile and impossible to edit. Designers often just start from scratch rather than try to fix the model or attempt to revise it. It’s the same situation with imported models. ST3 enables designers to use synchronous features for really fast design and edits, and use history-based – what we call “ordered” -- features for designing process-type parts, such as cast or machined parts. Ordered features in existing models can be selectively moved to the synchronous environment. The designer now has the freedom to use synchronous at every opportunity and enjoy all the benefits. There’s nothing holding him or her back. The designer gets a more intuitive and much more efficient design experience. And again, none of our competitors offer this level of capability.

Wang yang: Based on the previous version’s integrated simulation application, Solid Edge ST3 added embedded simulation. In what way will this help users?
John Fox：With Solid Edge Simulation it’s all about enabling the designer to validate parts and assemblies more easily, and earlier in the product development process. Embedding simulation directly into Solid Edge provides several advantages. First, it allows for very fast interactions between design and simulation. You don’t have to run another application or even go to another environment. It’s all totally integrated and associative within the same familiar user interface. Second – and this is new with Solid Edge ST3 – the user can use synchronous, ordered, or any combination of the two. Third, the user still has the option of putting all the simulation data in a separate data file, which can be useful for larger simulations or certain company-specific processes. The designer gets to decide how he or she wants to work, and Solid Edge Simulation supports that process. This is much better than the standard practice, where the FEA tool – not the designer -- dictates how the work must be done.

Wang yang: In Solid Edge ST3, Insight-based technology on SharePoint 2010 strengthens the scalability of the data management function. Compared with Teamcenter Express, please describe the differences in the data management features and applications in Solid Edge ST3?
John Fox：Solid Edge Insight enables users to easily manage design data with Microsoft SharePoint. People may not realize this, but Insight was actually the first SharePoint solution focused on CAD data management – released with Solid Edge Version 11 back in 2001. Many of our customers have been using Insight for years to manage their CAD files and improve collaboration – both within the design team and with other groups who need to access design data. And as you mention, SharePoint 2010 strengthens the functionality – for example, in the areas of project management and business reporting. These enhancements are a great example of why Insight appeals to so many manufacturers. It takes advantage of a robust and constantly improving platform, SharePoint, that many manufacturers already own. And it’s designed to give users a lot of functionality for their money, without requiring them to invest in high-end PLM software which may require a lot of customizations.
At this point InSight is aimed squarely at our Solid Edge user base. For companies who operate in a multi-CAD environment and want more of the power of a full-blown PLM system there’s Teamcenter Express. Teamcenter Express is a special preconfigured implementation of Teamcenter, which is the industry’s leading PLM platform with over 5 million licensed seats worldwide. Teamcenter Express gives users a lot of the functionality of that system but in a simpler, more rapidly implemented package.

Wang yang: When High Definition 3D (HD3D) was released in an NX7 version, Siemens PLM Software launched a High Definition PLM (HD-PLM) framework. In the future, will this technology be extended or elaborated on in order to be used in newer versions of Solid Edge or Velocity Series?
John Fox：Within Siemens PLM we openly share technology. You could make a strong case that Solid Edge is taking the lead on synchronous technology. Other technologies, like HD-PLM are led by NX. It’s likely HD-PLM will find its way into the entire Siemens PLM portfolio, including Velocity. We’re in a great position, with Synchronous Technology and HD-PLM to have a tremendous product pipeline for many years to come. Customers of Velocity will get continued significant productivity advances, at a pace that makes sense and is easy to adopt.

Innovation with customers to be more competitive