Chinese home appliances maker Midea Group has launched its first version of internet of things operating system, backed by Huawei's HarmonyOS, according to the company. 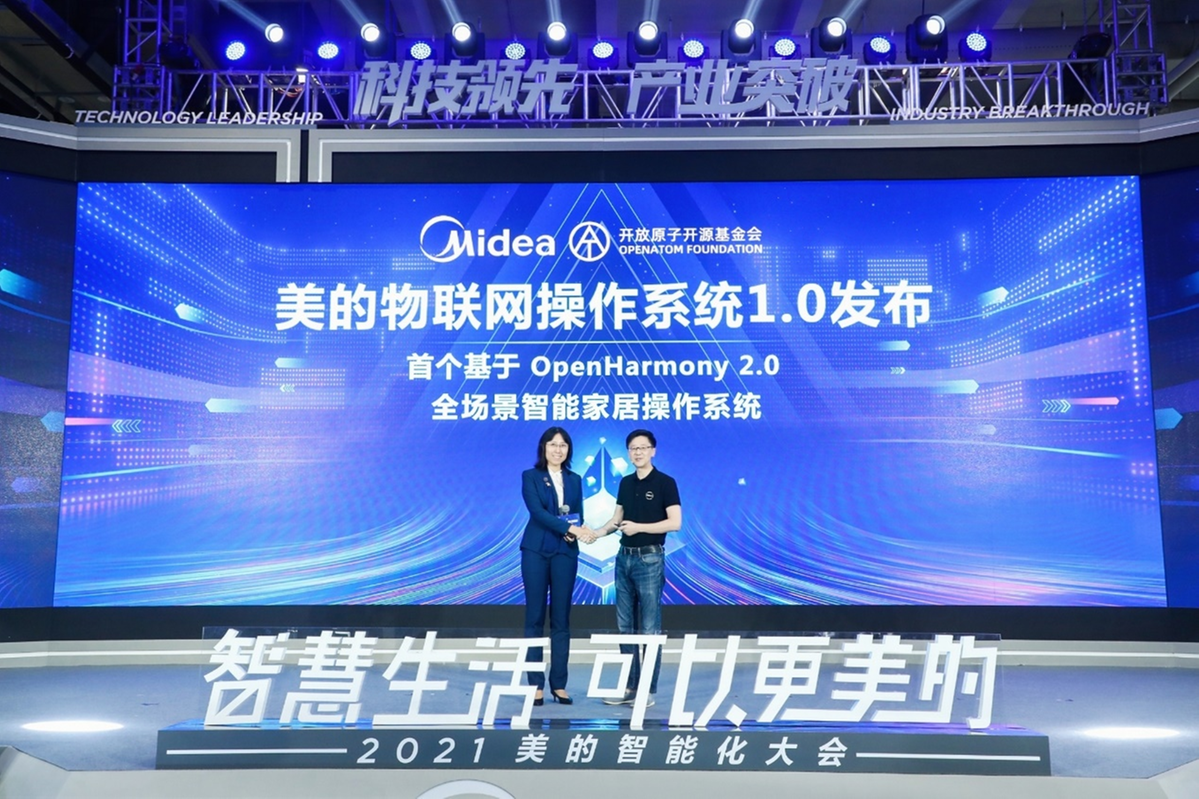 
The IoT operating system would help link smart home appliances made not only by Midea but also by other manufacturers, providing an all-new solution to smart home appliance ecosystem, said Xiang Jiangxu, vice-president and chief technology officer of Midea IoT.

The system was launched during Midea's intelligent conference, which was held recently in the company's innovation center in Foshan, Guangdong province.

In September last year, Huawei unveiled an updated version of HarmonyOS 2.0, which is designed for the era of internet of things, and it can be used in devices such as Huawei's smartwatches and in-car systems, as well as home appliances from third-party companies.

In an early interview in May, Xiang said the HarmonyOS operating system would cover almost all categories of Midea's products, namely about 200 varieties within this year.