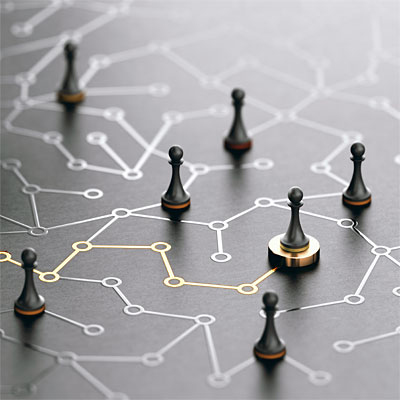 “We looked at other products. Acronis does not have the scripting capabilities of Retrospect. They are so bulky it is almost unusable. They also have scalability issues about duplicating from one server to another. Veeam does the server one to server two perfectly, but doesn’t do other things. Retrospect does the job for us.”

Strategic Business Insights (SBI) is the former Business Intelligence division of SRI International, inventors of the first computer mouse. Headquartered in Silicon Valley–with offices in Japan, the United Kingdom, and New Jersey–SBI has a global reach that works across a wide range of government and business sectors, including electronics, health care, energy, and financial services. Jon Hammar has been the IT Manager in charge of protecting SRI’s data for the last twenty years. Hammar and SBI have relied on Retrospect as a core component during those years, and he now uses Retrospect’s cloud storage integration with Backblaze B2 for affordable, off-site cloud storage.

Aside from SBI’s desktop machines, Hammar uses Retrospect to protect their outward facing servers, notably their web server with over 40,000 documents. According to Hammar, “these servers require a fairly high uptime” and need to be available 24×7. Hammar uses both traditional backup scripts and also duplicate scripts with the “Replace if source is newer” option to avoid copying files that are already present.

Hammar recognizes the importance of having both an onsite and offsite solution however, explaining “For an IT manager, it is good to have a strategy with multiple layers.” Offsite storage in the cloud has a number of advantages. Hammar says that, “In the case of a cryptovirus, having a secure link to Backblaze B2 may be your last line of defense that saves your company.”

CLOUD STORAGE ON BACKBLAZE B2

Initially, Hammar was using Rackspace for SBI’s cloud offsite solution, then he switched to Google. But when Retrospect announced their support for Backblaze B2 storage system, Hammar was ecstatic: “Retrospect’s support of Backblaze B2 is spectacular for us.” Backblaze B2 infrastructure was the right mix of features and functionality with a great price. In initial tests of Retrospect and Backblaze B2, Hammar has already backed up over 4TB of data over a medium size pipe of 50 Mbps. When he rolls this out officially, Hammar is planning on backing up initially to local disk, then using Retrospect’s snapshot transfer scripts to upload those backups to Backblaze B2. This keeps the backup window down and reduces the performance hit to machines being backed up. Hammar also plans on using Backblaze’s desktop product for remote offices alongside Retrospect. “It isn’t just the cost savings, the Backblaze desktop product is great for small-office scenarios.” The cost savings of Backblaze do make a difference however. I had asked Hammar if he plans on using Retrospect’s grooming feature to groom out older backups in the cloud, but he said they “prefer to back up as much as possible as often as possible. We do use grooming locally, but due to the affordability of Backblaze B2, it isn’t as critical.”

“Retrospect’s support of Backblaze B2 is spectacular for us. For an IT manager, it is good to have a strategy with multiple layers.”

COMPARED TO THE COMPETITION

Retrospect continues to be Hammar’s backup solution of choice. Aside from Retrospect features such as encrypted backup sets and being able to have local as well as offsite backups, Hammar relies on Retrospect’s scripting abilities. “We looked at other products. Acronis does not have the scripting capabilities of Retrospect. They are so bulky it is almost unusable. They also have scalability issues about duplicating from one server to another. Veeam does the server one to server two perfectly, but doesn’t do other things. Retrospect does the job for us,” Hammar said.

ABOUT RETROSPECT
Protecting 100 Petabytes in over 500,000 homes and businesses in over 100 countries, Retrospect is dedicated to providing reliable backup and recovery tools for professionals and small-to-midsize businesses with Retrospect Backup and Retrospect Virtual, covering physical servers and endpoints, virtual environments, and business applications. With three decades of field-tested expertise, Retrospect meets the needs of organizations that require the highest level of recoverability. Retrospect is a proud member of the StorCentric family of brands.